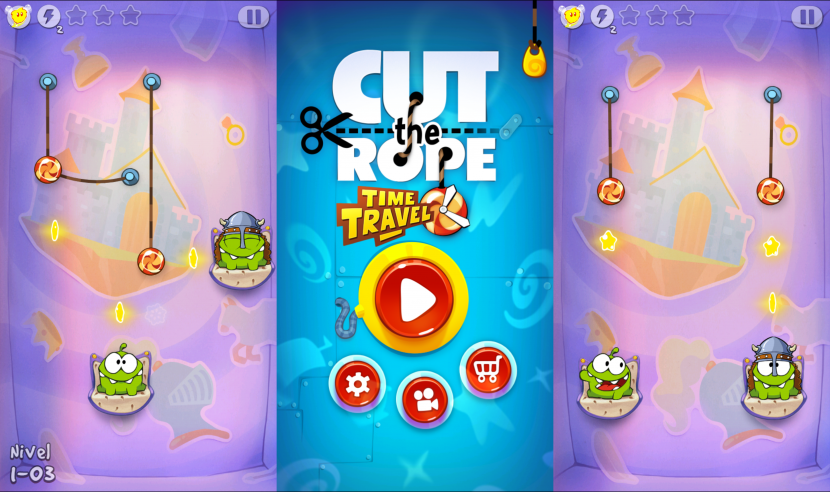 10.080 minutes have passed (or some more), which means that Apple has returned to renew its weekly promotion. On this occasion, the application of the week is a game, but it is not one of those that we can download to eliminate it after playing a few games. Is about Cut the Rope: Time Travel, a game that surely sounds familiar to you and that is free for the first time since it arrived on the App Store.

The protagonist of Cut the Rope: Time Travel is Om Nom, the famous green pet who is only happy when he eats his sweets, red and yellow candies. As in all games in the series, that will be the main objective of this installment. But in this version of «Cut the rope» Om Nom will not be alone, if not he will be accompanied by an ancestor his who appears with a Viking helmet and a long mane (looks like me 🙂). Can we feed the two little green monsters?

Another element that differentiates this Cut the Rope from others is the image, but that is something that we will practically not notice. Many of the visual changes are only in the background of each screen, but we will also find some other surprises.

It is certainly worth taking advantage of the current promotion of the app of the week. It is clear that the mechanics are the same as we have already played many times, but having to feed two mouths instead of one adds a different element that makes us think that we are playing something newer than we would expect. In addition, we have nothing to lose, since this new installment of Cut the Rope will be free until next Thursday.