What are the best games on the App Store? In the App Store there are many great games. Did anyone doubt it? The (blessed) problem with having so many options is knowing which of them are the ones that are really going to make us have a good time without great complications. Many of the good titles have complex controls, but there are many others that, without losing quality, have simpler controls that will allow us to enjoy the game from minute 1.

In this list, which although it is numbered, are not placed in order of quality or importance, we will show you what we think are the 25 best games on the App Store since it appeared in 2008. There are games of all possible kinds, so surely there are more than one that interests you.

The 25 best games on the App Store

Infinity Blade 2: The Infinity Blade saga is one of the most famous in games of, I would say, combat. Since the original game, which arrived in 2010, many users have downloaded its three games. Infinity Blade 3 even appeared on Apple's keynote where Metal was featured. Of the three, we think the best is 2.

Grand Theft Auto 3: little can be said about the GTA saga that you do not know. This series of games has been used in parodies, memes and all kinds of jokes, which shows its fame and significance. GTA 3 is the best of the saga.

The World Ends With You: Solo Remix: Under this name we have an RPG that was originally released for Nintendo DS. For those of us who have played the old arcade machines, The World Ends With You reminds us of those fighting games in which we advance among lots of enemies, each time stronger and in greater numbers. In addition to the aforementioned, this title is also joined by the characteristics of any RPG. Totally recommendable.

Walking Dead: The Game: If I'm talking about the success of the Walking Dead series, I'm not discovering anything new. The series, based on the comic of the same name, shows us the experiences of a group of people who try to live in a post-apocalyptic zombie world. In the game we will play as Lee Everett, a convicted criminal who will have to survive among a lot of undead humans in six different episodes. Are you going to miss it?

Bastion: If you like RPGs, you can't stop playing Bastion. Not in vain, it was chosen as one of the best apps in the App Store in 2012. I would say that it is just as an RPG for touch screens should be. Little more can I say.

angry bid: Doesn't anyone know pissed off birds? Where have you been? Created in 2009 by Rovio, this group of birds that fights against the green pigs that stole their eggs have been such a success that they have left the screens of our iPhone, iPod and iPad to create their own market brand. Although he is not the best in graphics, the first Angry Birds is the one who started it all and that is why he deserves to be on this list.

Limbo: Where I am? What happens? Under this independent title we will control a child in a dark world without a soundtrack. We will have to take him through the strangest dangers we can imagine, like a giant spider that will chase us until we finish with it. But where are we going? We are supposed to be in Limbo and we have to find our friend / sister or whatever that girl is… to start over… We are not surprised that it is considered one of the best games on the App Store.

Rayman Jungle Run: this list could not be missing any endles running. In Rayman Jungle Run we will have to run (to the right) as in any other game of this type, but in the world of Rayman, which makes it something special.

Tiny Wings: There are many similar games in the App Store, but Tiny Wings is the first of them and the one that deserves to be in the list of best games in the App Store. In this game we will have to control the flight and fall of a bird in order to move faster and get as far as possible. It's like endless running, but of a different kind.

Fruit Ninja: another of the games that hardly need an introduction. A game in which we will have to slide our fingers to cut the fruit into the largest possible combos. There are many videos on youtube where cats play Fruit Ninja, videos as funny as the game itself.

jetpack Joyride: title of great fame in which we will have to get as far as possible by running to the right. Jetpack Joyride is an endless running game in which we'll control a character who runs through a factory armed with a kind of machine gun that makes him fly. There are tons of special moves, so the fun is guaranteed.

Scribblenauts Remix: under this title we have an action-adventure puzzle game that was originally developed for Nintendo 3DS. We will have to control Maxwell on his way to collect Starites.

Max Payne Mobile- The mobile version of Max Payne is a worthy version that makes it on this list of the best games on the STore App. It's a shooter game, but not a first-person shooter, with a good backstory.

Plants vs. ZombiesAlthough the second part is already available, the original game is not without quality. In addition, it does not include the annoying in-app purchases, which means that we can enjoy the great title without having to stop or pay. It does not have the extras of the second part, but it does not need it either.

Chaos Rings II: If you liked the original Final Fantasy and are looking for something similar with today's graphics in the palm of your hand, perhaps the best option is Chaos Rings II. It is not a cheap game, but it sure is worth every euro for it.

GTA: Chinatown Wars- This is the second title of the GTA series on this list and it is because it is worth it. Little can be said about him other than "play it and you will find out."

NEW 3: under the name of Near Orbyt Vanguard Alliance 3 we have one of the best first-person games on the App Store, but with certain special powers that make the game not just one of its kind. I've had it since it came out and it's worth it.

Tiny Tower: Launched in 2011, in Tiny Tower we will have to build our own building in a simulation of a construction business. It's actually more fun than it sounds. The best thing is that you try it, since at the time of this writing, it is free (it would be weird, but it could change).

Timberman: If we cannot put Flappy Bird on this list because its developer removed it from the App Store, we put Timberman, a game that looks like bullshit in its lens and graphics, but that creates a lot of addiction and with which we can challenge our friends.

Amazing breaker- When playing on touchscreens, it is very important that the controls are simple. But if the action is too simple, the game will not be worth it. In Amazing Breaker we will only have to drop a series of bombs to destroy the image in front of us. I like it a lot and that's why I put it on this list.

Geometry Wars 3: for me it is the best. It is a kind of mix between a third-person shooter game with a game of ships, all with an image of a digital world and with spectacular sounds. If I were to recommend one from this list, I would recommend this game.

Swordigo: under this title we have a "simple" platform game. What's wrong with these types of games? Well, I love them and they remind me of the games of the old consoles. Swordigo has given me great moments and is one of the few that I have completely passed. 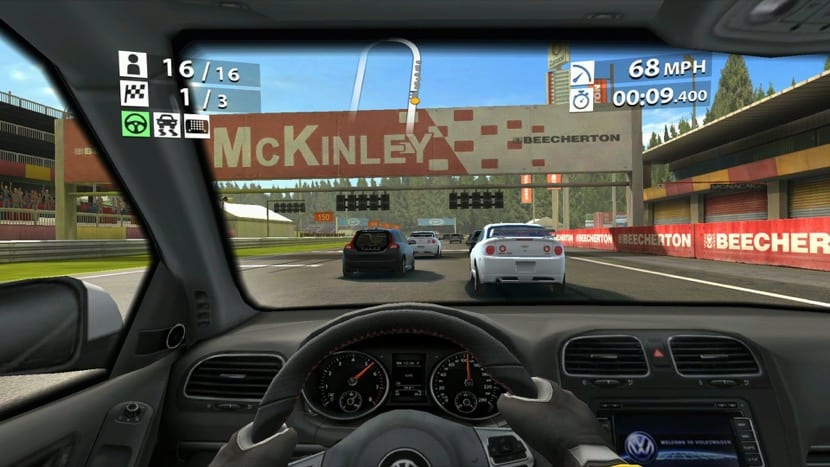 Real Racing 2: a car game could not be missing from this list. RR2 is a game in which we will have to run different competitions with different cars and improve over time. For me it is much better than RR3 for not having integrated purchases, which allows us to play without having to stop or pay when the game wants. In addition, it is realistic, unlike other sagas like Asphalt, which although it is true that they are very good ... they are no longer realistic.

Cut the Rope: Experiments: Didn't you know this green bug that eats candy? Well you should. Our goal is to give our pet one candy per level, for which we will have to cut the strings at the precise moment, as well as activate different mechanisms to achieve it. Be careful, if we don't get it, our pet gets sad. 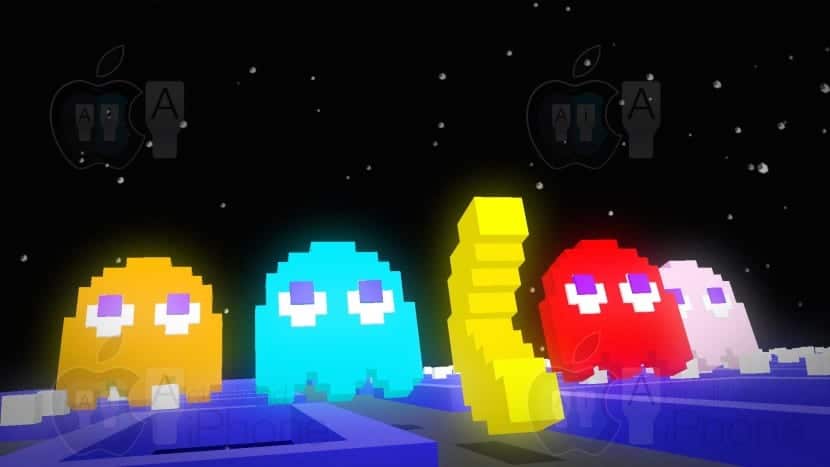 PAC-MAN 256: and last but not least, the comecocos of the 256st century. PAC-MAN 6 is a version of the mythical game in which we will always have to go forward or, otherwise, the emptiness will engulf us. Also, we have different powers that will allow us to kill ghosts in different ways. The good thing is that it is free. The bad thing is that we will not be able to play with powers if we do not wait / pay after XNUMX games.